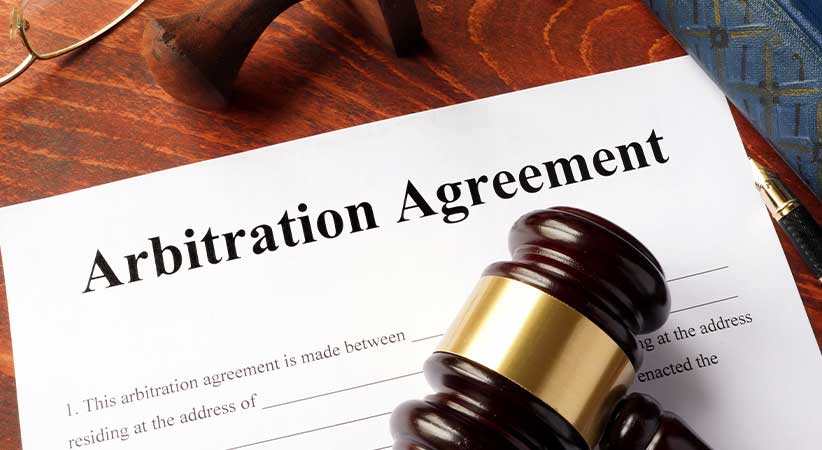 Arbitration is a type of alternative dispute resolution. Parties and their attorneys appear before a neutral arbitrator upon whom they have mutually agreed. The arbitrator can be required to be an expert in the area to be considered. The rules of evidence and court procedure are modified, generally allowing more flexibility. In most cases, an arbitration ruling cannot be appealed or taken back to court.

The case in Lamps Plus involved an alleged breach of security in which private information about some 1,300 employees was released to hackers. When one man found that a tax return had been filed in his name by identity thieves, he filed a federal class action against Lamps Plus.

Lamps Plus argued that its contract with the plaintiff employees required them to resolve any disputes with the company in individual arbitration. The class action was transferred into arbitration, but the federal district court decided to hold open the option for classwide arbitration because the contract language was ambiguous.

Since the case was taking part in California, a California rule was employed. That rule was that, when there is any ambiguity in contract language, the issue should be interpreted against the party that drafted the contract. In other words, the federal district court — and later the Ninth Circuit — held that courts should interpret the contract in the plaintiffs’ favor.

The U.S. Supreme Court disagreed. Writing for the majority, Chief Justice John Roberts opined that contracting parties would be unlikely to choose a contract that called for classwide arbitration because it offers few of the benefits of individual arbitration.

“Neither silence nor ambiguity provides a sufficient basis for concluding that parties to an arbitration agreement agreed to undermine the central benefits of arbitration itself,” he wrote.

The four dissenters essentially argued that the majority opinion is one of several recent opinions that have required individual arbitration instead of class-based remedies. This, wrote Justice Ruth Bader Ginsberg, “has hobbled the capacity of employees and consumers to band together in a judicial or arbitral forum” against powerful companies.